March 13, 2018
I love the beginning (how he became a fugitive) and dramatic ending of this story. And the middle is OK too. Superb writing!

Nothing hidden here! We evolved to put survival of our species before everything else.

Oskar Romm was a Nazi flying ace in WWII, who shot down 92 other planes. Unusually for a Nazi, he was half Jewish!

Alien stops the train (FF 73), invading saucer has horns (FF 2), bad guy redeems himself through suicide that saves others (FF 51) and no doubt many other parallels.

The heroic death motif has been wrongly identified as a sign of Lee's writing (see the Comics Journal Library volume 1). 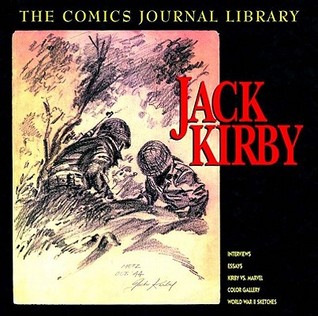 But as Patrick Ford and others have shown (and we will get to in time) Kirby's solo writing shows plenty of heroic deaths. Kirby fought on the front lines in WWII and war dominated his thinking, so obviously there would be heroic deaths!

As I have shown repeatedly, Lee did not plot these stories. Very occasionally Lee may have suggested a twist like "defeat hypnotist by using a mirror" but when he did make changes it was most often to avoid showing death (going beyond what the Comics Code required). There is no evidence that this is one of those cases.