About Kirby The Prophet

November 27, 2017
Jack Kirby was America's greatest writer. In my opinion. 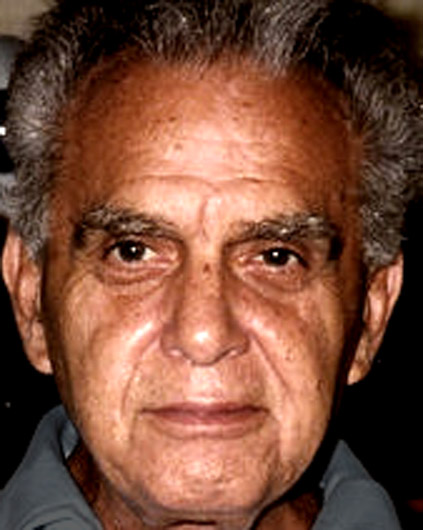 He sold 600 million books (around 2000 stories, averaging around 300k sales each). For the claim that others wrote his work, see the analysis of Fantastic Four 1. Kirby's stories have a greater range, and a greater depth, than any other writer I know. He presented ideas as seeds: seeds that grow and grow after the story ends. This is what Kirby said on the topic:


I was presenting my views to the reader and saying 'what do YOU think?' I think that's an imperative for any writer. In other words, no writer should feel that he has the last word on any subject. Because he hasn't got the capacity. He doesn't know! I don't know, see, I'm guessing as well as you [do], except I may be a little more descriptive, that's all. [...] I put enough chinks into the story to allow the reader to interpret it his way.  Because I've always respected the reader. [...] I sold the best stories I could. But I didn't present my stories as the final word.

Kirby was like Shakespeare: a springboard, an inspiration. Do we really think that Shakespeare planned the modern interpretations of his text? Of course not. But Shakespeare understood human nature, so every play gives birth to new ideas in new situations. Kirby could be so accurate about the future because he focused on how humans respond. He was deliberately vague, because he was interested in the gaps, not the facts:

I am interested in the other side of knowledge, the cultural side of knowledge and the truthful side of knowledge. I’m looking for the gaps that I know exist and of course, I’ll never get the answers, like everybody else. So I feel I live with very interesting questions. The questions are the things that make good stories, in my opinion.

As a result, Kirby could create timeless mythology that applied to all situations at all times


The way I interpret it, our work will last - maybe not forever, but it will last a long, long time. [...] Yes, they'll be looked upon as medieval texts, and your children will talk about me. They'll say, 'My great grandfather was impressive in my times. My great grandfather could tell us legends that would enchant us.' And they'll take out tape recordings and say, 'Listen.'

The word "mythology" is the key.

Kirby did just what the ancient writers did who created mythology: they told stories of archetypes, symbolic representative people. Hercules and Thor and Robin Hood could  be endlessly interpreted, as they dealt with the fundamental values and concerns of the group.
Kirby was the same: he dealt with archetypes, stripped down to their simplest forms. He dealt with abstract truths and choices in the moment, with no planning, editing, or unessential detail. Readers are then caught up in the energy of his choices, and relate to his ideas, and his characters (being simple archetypes) will never become outdated.


The old myths were good for thousands of years, but they dealt with gods we no longer worship and a pre-industrial world we no longer recognise. The twentieth century needed new gods and heroes, and Kirby provided them. As I type this it’s fifty years since Kirby’s Marvel work, and his stories are being told again as movies, reaching a new generation. Half a century down, and Kirby's new mythology is still growing, right on schedule.

“The Death of the Author”

Perhaps the greatest expert on mythology was the philosopher-critic Roland Barthes. His classic 1957 collection of essays, “Mythologies”, is about the modern myths that unite and define our society. Ten years after “mythologies” Barthes developed his ideas further into perhaps his most famous essay, ”the Death of the Author”. His ideas are especially applicable to Kirby’s work.


Barthes criticises "the castrating objectivity of the realistic novelist" and argue that truly great novelists, like Proust or Balzac, are geniuses not are faking an artificial reality, but at presenting an unfiltered reality that readers can judge for themselves. That is great authors take existing ideas, and present them in a way that readers can interpret in many ways.


Barthes gives the example of ancient myths, which have multiple sources and multiple interpretations. But probably the best known example of the death of the author is Shakespeare. None of Shakespeare’s plays were original plots: Hamlet was a norse legend by Saxo Grammaticus, Macbeth was from Holinshed’s Chronicles. And Shakespeare is  relevant precisely because he can be interpreted in new ways.

Other authors are tyrants

Barthes refers to modern authors are “tyrants” whose views are sacred, whose words are their “empires” to be defended. He contrasts this with storytellers, who do not claim authorship, but gather stories from many sources, then adapt them in response to the needs of the audience. So the creator of the story is the wider world plus the audience.


Kirby rejected those carefully contrived artifices. Instead he saw his creations as like his children, new life forms, ready to grow and change independent of him. Kirby summed up the difference between himself and other writers in this famous couplet:


I conceive, they contrive.


Kirby used the imagery of conception, like Barthes: who criticised “castrating objectivity“. Conception combines pre-existing ideas, like pre-existing sets of DNA, to create a new life. But you don’t control the exact form of that life, and you must set it free.


Compare Kirby to a highly acclaimed comic author like Alan Moore. Moore contrives beautifully detailed worlds, full of brilliant insights. But eventually some reader will exhaust Moore's complex ideas, or find some flaw, and leave for something new. Kirby, in contrast, conceived ideas that evolve forever. Future readers will see details that Kirby himself did not see.

While Kirby was proud of his work and didn’t want an editor to change his dialog, he did not defend his opinions or creations as sacred. Kirby felt it was other writers’ duty to take his ideas and creations and do them differently and better. That is, to cause the “death” of Kirby’s version.

Like a scientist, Kirby produced wonderful ideas, but expected the next generation to build on them and do even better.